The Evolution of Hookah Smoking #2: How Sarkis Alexander Gregorian Sees It

1. How do you assess the development of hookah smoking and the hookah industry in general over the past ten years?

The hookah industry—I use “industry” loosely here to reflect the community, profession, and lifestyle—has gone through great advancements in the last decade. 2010 saw an incredible boost in not only quality, but in accessibility and ingenuity especially in the US sector that carried into the next 6 years of the decade. It’s within the last 4 years that we see incredible movements in the Euro-Russo markets. Great innovations have been made with standards of production of hookahs, namely the use of unique and exotic materials, as well as interesting functions such as adjustable purges or draw. 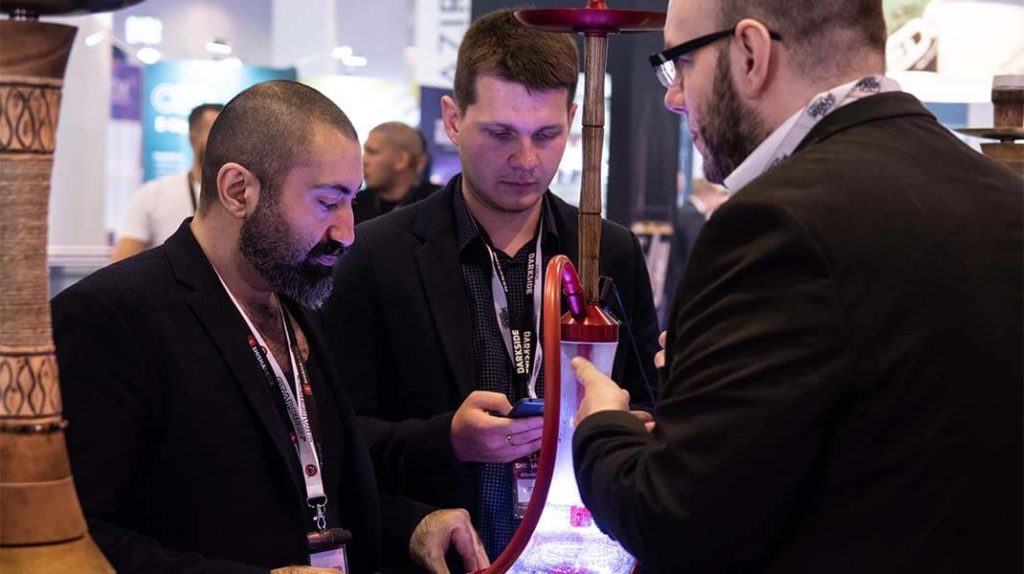 Sarkis Alexander Gregorian (left) at the ShishaMesse fair with a popular blogger, Jakub Kopáček (middle), and one of the Manapipes developers, Juraj Hámorník. Photo: Jiří Staněk

The hookah lifestyle and the community seems to be ever-growing on the international scale, especially in Europe, Russia, Czechia, and Ukraine, which I’ve witnessed firsthand in 2019 at Shisha Messe in Frankfurt. However, looking at the international spectrum, the community will always be segmented due to differentiating priorities between various hookah loving cultures.

If, for the sake of argument, we can divide the market between The Middle East (Arab States and Turkey), Europe, Russo (Czechia, Ukraine, Russia, etc), and American (US and South America), then the middle eastern smoker will always prefer to remain stagnant with his double apple in a classic bowl using lemonwood coal, whereas the rest of the world will be focused on progress in terms of material type and quality, manufacturing technique, packing skill, and session performance.

Even still, we can further dissect the varying cultures by noting the European who prefers the superficial aspects to hookah such as showing off his expensive new hookah or his new gadget that makes the hookah easier to use, the Russian or Czechoslovakian who will forever pride himself in the disciplines of preparation and production, and the American who is focused on efficiency, speed, and optimal session performance. These cultural preferences seem to be what set us apart and most of the reason that I see arguments between enthusiasts of the international community.

However, one thing that does tie us together is our love for the hobby and lifestyle; the evidence of that is the fervent pride we take in declaring that “Hookah is Life” or “I love Hookah”. The sheer joy I see in people at conventions, always excited to be among others in the hobby, gives me such satisfaction (insert Benny Benassi’s “Satisfaction”) that words don’t seem to define. Therefore, I believe that if we as a community stick together more and prioritize one another over the individual, we will see greater unity internationally and faster progress as the industry doers and pushers will also be motivated to keep developing. 7/10

Analyzing all the amazing products that have been released over the last decade, it doesn’t take much consideration to state that the greatest advancement has been the HMD, or Heat Management Device, namely the Kaloud Lotus. Created in 2013, the Lotus revolutionized the way we control heat and how we smoke. I give credit to Kaloud for being the first, but of course since then, the HMD has evolved with the AOT Provost and, more recently, the MattPear Kalodka’s anti-stick surface, which can probably be improved, but is an amazing step forward regardless. 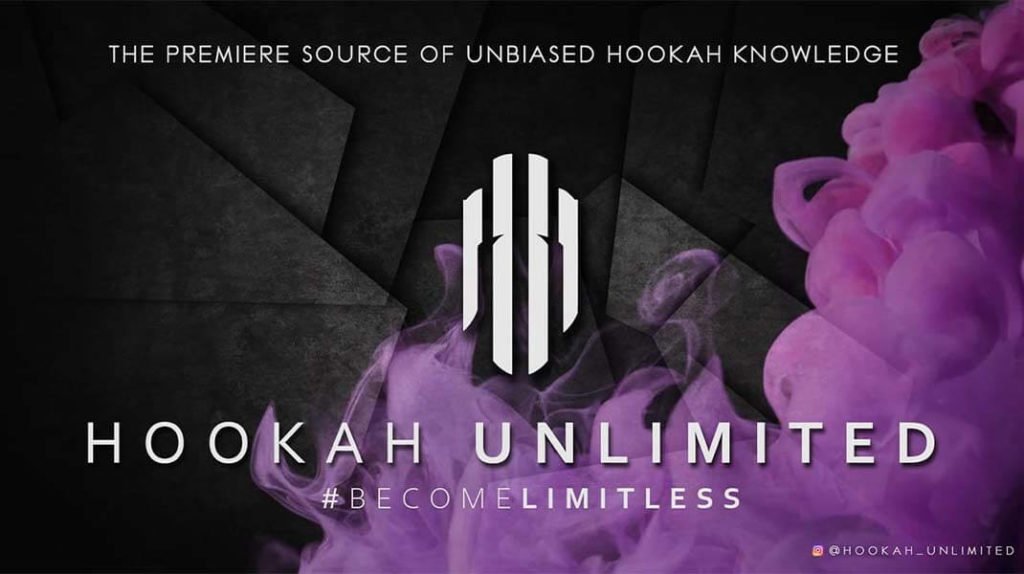 2. What does your crystal ball say about the following ten years? Tell us how the hookah market will look in 2030.

It is difficult to state how an industry as old as hookah will evolve over the next decade, however, if we look at the greatest contributions and the current pique of popularity over the last decade, then I would say that the trends we see will continue. On the aforementioned international scale, I first foresee the US market making great advancements in hookah pipe production so as to catch up and keep up with the Russo hookahs. Secondly, the Russo market will further advance in packing technique and continue to innovate hookah technologies. Thirdly, Europe will start utilizing more modern hookah preparation techniques and choose higher quality bowls. The middle eastern market will continue to smoke double apple.

Hookah enthusiasts in every corner of the world

For the community as a whole, as more people join various online groups, I see that people will learn at a faster rate and gain access to more and better information than ever before, which will allow them to test methods and make individual progress quicker. I truly believe that we will come to a better and more clearer comprehension of hookah as we learn to appreciate all the different aspects people bring to the hobby. We will be a stronger-knit community and propel one another to greater heights, because as we create demand, the industry will always generate supply. Overall, I am eager to witness a completely different landscape and exponentially more hookah enthusiasts in every corner of the world. There are greater achievements to be made in this hobby be it manufacturing, production, distribution, and skill in the use of hookah and, even though it’s easy to become complacent, there is definitely plenty of room for improvement so long as we keep our eyes focused on moving forward.

The market is growing

Interestingly enough, at the beginning of Covid shutdowns, certain industry leaders inquired my opinion as to what would happen. The worry was that, in terms of production, the vast majority of the hookah industry produces in China. We saw that only lasted a few months and everything fell in place relatively quickly since China opened up fairly quickly. However, I assured them that there would be a massive increase in consumer sales. I’ve experienced first hand the sheer number of hookah enthusiasts who strictly smoke at lounges and the relatively small percentage who are passionate and tend to smoke at home with superior quality tobacco, bowls, pipes, and preparation. I predicted the number of home smokers would increase substantially and retail sales would go up, as well as an interest in high quality product. The logic was simple: if someone is going to buy a whole hookah set up, they’ll likely opt for the best they can get for their given budget.

As predicted, it all came to fruition. We have a substantial increase of many new enthusiasts who are quite interested in the finer, more advanced, aspects of the hobby. We are seeing more sales of high performance hookah and tobacco brands. On a daily basis, I get dozens of new people asking me excellent questions and showing serious interest in advancing in comprehension, technique, and methodology of hookah as a hobby. The market is growing at the passionate enthusiast level and the industry is seeing the benefits of this.

We must smoke, and smoke we shall!

Similarly to how I had predicted, the German/EU market is releasing more interesting bowl options and creating new hookahs; whereas the Russo region is continuing its upward progress in manufacturing technologies and disciplines, Russian shisha tobacco is also becoming more in demand as their market continues to grow.

Sadly, we don’t see much advancement from the USA, though we do see the American brands increasing product quality all around - especially in tobacco quality. I still predict there will be some new and highly competitive hookahs and bowls from the US industry, possibly in 2022 and on.

Naturally, the hospitality/lounge scene is suffering from forced closures and government mandated shut downs, but this has all attributed to the increase of demand for interesting and high quality hookah products.

Admittedly, I used many words to answer a relatively straightforward question in order to showcase that though it’s been difficult dealing with the pandemic, the hookah industry is seeing the largest growth in decades due to an increase of consumer demand. After all, lounge or not, we must smoke, and smoke we shall!

Verified by our customers